GAL APPROVED! Movies You’ve Got To See This Weekend. Plus – A Race You Won’t Want To Miss!

SEE. The holiday season has officially begun! Kick off the happiest time of the year with Disney’s newest treat, The Nutcracker and The Four Realms. The story centers on a young girl named Clara whose family is dealing with the loss of their mother. On Christmas Eve Clara receives a special gift from her departed mum and with a little help from her godfather, played by Morgan Freeman, sets out to find the special key she needs to open her gift. The search takes her to a magical wonderland of the four realms. Clara meets a devoted Nutcracker-turned-soldier, played by adorbs British newcomer Jayden Fowora-Knight, who helps her in her search. As in any good life lesson, we learn that things and people are not always what they seem. The movie is visually stunning, which makes up for some of the dragging storyline. And like any good version of The Nutcracker, there are wonderful ballet sequences, starring our favorite ballerina Misty Copeland. 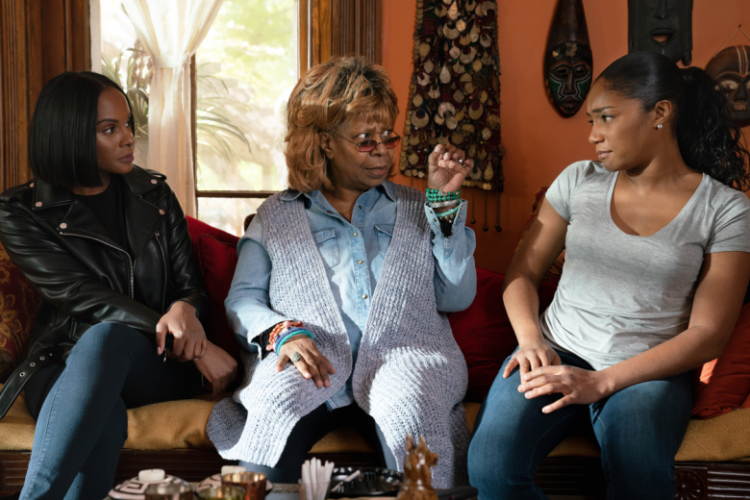 SEE TOO. Tyler Perry‘s latest picture Nobody’s Fool is a glossy, high production quality vehicle for comedienne of the moment Tiffany Haddish. It’s the same fun sassy character type introduced to us in the super successful Girls Trip. Tiffany and Tika Sumpter (Danica) play sisters in this rom-com in which Tika Sumpter is an indecisive executive who can’t decide between two men vying for her love. Tiffany plays Tanya, Danica’s cray-cray/underachieving jailbird sis. The two become roommates after Tanya’s release from a five-year prison sentence. Danica gets Tanya a job at the local coffee owned by the handsome Omari Hardwick who is obviously smitten with Danica. Through the proceeding scenes we discover that Danica is in a committed relationship with a man she met online but whom she has never met. The man, Charlie, is her “dream man” with all the qualities on Danica’s list. While Frank the coffee shop owner has many of those qualities too, he has spent time in jail and is a recovering drug abuser. Tanya, aided by Danica’s co-worker and bestie Callie (Amber Riley), contacts the real MTV “Catfish” team, which leads to some fun cameos from Nev Schulman and Max Joseph, and even funnier ones from Whoopi Goldberg, who plays the gals’ mom, and a surprise from a legendary comic we won’t spoil for you here (but be on the lookout!). This is a funny romantic romp with lots of foul language and erotic sex scenes. Go for the fun of it, you won’t be disappointed!

SEE THREE. If you love the music from Queen, you’ll definitely want to hit the theaters to see Bohemian┬áRhapsody, an epic biopic of the band’s rise to fame and the life of its lead singer, the colorful Freddy Mercury. Mr. Robot star Rami Malek steps into the stacked shoes of the iconic singer and activist.

WATCH. The 2018┬áTCS New York City Marathon is happening this Sunday, Nov. 4! Last year, American runner┬áShalane Flanagan took home the women’s crown. Who will prevail this year (we’re sure the Ethiopians┬áhave been training like crazy!). Watch it live on ABC in New York, and check local listings for other airings.

GAL APPROVED! When And Where To Watch The Chi, Golden Globes and New Girl, Final Season!

Where To Spot Our All-Time Fave FLOTUS Michelle Obama (Other Than The Smithsonian!)