Nothing can stop Georgina!
credit: The CW

Just finished watching Gossip Girl, where Georgina had her bags packed and was heading to Boston to get the family secrets on Rufus and Lily’s love child, Scott. That girl never gives up when it comes to being on top of a juicy secret!

If you’re thinking it’s just the series humble ploy to give actress Michelle Trachtenberg more time to work on her new series, Mercy, it totally is.

“Mercy is something that will take a lot of time,” admits Michelle, who plays Chloe Payne, a new nurse whose sole duty is not to kill anyone her first time on the job.

Still, Michelle reassures the TV DivaGal that we’ll still be seeing plenty of Georgina as she rains her wrath on all she feels have crossed her.

“Georgina isn’t in as many episodes as you might think, but you can’t kill her,” she laughs.

“She won’t die ever, she’ll be in and out always.”

There’s another reason that’s keeping Michelle on the GG set.

“Definitely the shoes,” she declares. “You go from Louboutins on GG to nurse clogs on Mercy, which are actually more comfortable.”

I’m pretty sure Blair Waldorf would definitely not approve of that! 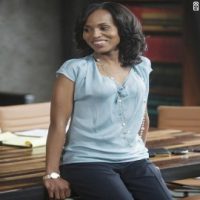 GAL APPROVED Weekend! 3-in-1 Beauty; Eating Light and Hydrate Yourself!