Just Dumped? Here Are Six Tips To Get Your Ex Back!

You’ve been dumped by the love of your life. It’s pain, heartbreak and disappointment 24/7, and it’s almost too much to bear. Trying to get through it with well-intentioned family and friends doesn’t help — all you can think about is getting your ex back.

Well, Divas, fret no more. One man is determined to help the heartbroken win back their loves. Meet Lee Wilson – Coach Lee – a best-selling author and breakup coach, and founder of myexbackcaoch.com.

Coach Lee is devoted to helping people get their ex back after a breakup. He has worked with celebrity couples, politicians, and everyday folks who want their ex back — and now he’s giving the DivaGals six secrets to get back yours!

1. Have No Contact After the Breakup. To get back with an ex, you gotta start here. That means no phone call, no texts, no emails, no trolling social media — you have to leave your ex alone. “When a breakup happens, people are so panicked they have the exact same response of someone beating on the door that goes unanswered. No contact is giving your ex the space they said they wanted – allowing the smoke to clear and allowing them to experience the breakup.”

2. Understand That No Contact Is A Good Thing. Yes, Divas, we know what you’re thinking. How the heck will no contact make my ex return to me? I haven’t told him I want him back. Coach Lee says, “If you don’t let them experience it and keep hounding him with your presence, he will never know that he doesn’t want the breakup. All he will do is keep running away from you. Giving him No Contact is a mature, adult and dignified response to a breakup. But it also has this incredibly effective side effect of getting an ex to miss you and want to come back to you.”

3. Refrain From Dating During No Contact. It’s okay — and actually encouraged — to spend time with friends and have fun during No Contact, but you may want to hold off on dating. Coach Lee says, “If you do want this person back, you don’t want to look like the relationship meant nothing to you by dating too quickly and to be honest, you’re probably not ready. What I do recommend is that you go out and spend time with friends and family — people who won’t break up with you. It’s also good if your ex happens to see on social media that you’re a person with a life and that he was not your entire world.”

4. Don’t Block or Delete Your Ex On Social Media. Okay, this one might seem strange. Aren’t you supposed to have No Contact — especially social media? Coach Lee clarifies, “When you block them or delete them from your social media, it actually looks like they are getting to you a whole lot, having the opposite effect of what you want. Blocking and deleting tends to look petty and manipulative — like you’re trying to get a response from them. It shows that you’re having a difficult time and you’re trying to send a message. It gives them strength to think they’ve done the right thing by breaking up with you. You don’t have to go through that trouble. Just go about your day, you have things going on for you without the effort of blocking them and making such a big statement.”

5. When Your Ex Does Reach Out, Don’t Ignore Him. No Contact has paid off and your ex has reached out to you. According to Coach Lee, “If you ignore your ex, he may think you don’t want to speak to him. And he doesn’t want to seem needy or clingy, so by ignoring him, you’re unintentionally helping him to move on. If you want this person back it’s okay to interact with them. If he is reaching out, it means he misses you and you can take advantage of that situation so to speak.”

6. Let Your Ex Carry The Conversation. Your hard work of No Contact has paid off. Now let your ex do the work to win you back. Coach Lee explains, “If he asks a question, you answer and there’s nothing more to say. Your ex will feel that. When he is the one carrying on the conversation but you are still involved, it doesn’t kill the momentum of you reconciling. You not making demands or asking a ton of questions gives him a little more space if he isn’t ready yet. When he reaches out a second time, then it’s okay to say, ‘We should get together.’ It lets them know you’re open to reconnecting.”

Ready to get your ex back, Divas? Stay strong, follow these rules and know that we are rooting for you! 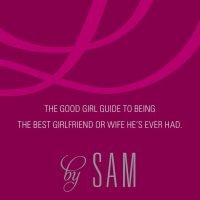 Control Your Man’s Manhood — And Be The Best Boo He’s Ever Had!