TV DivaGal finished out TCA last week with a trio networks: Showtime, The CW and Fox!

Starting off the morning with Claire Danes and the new Showtime series Homeland (premiering Oct. 2), I had to laugh when a reporter asked the My So-Called Life alum how she would balance her new serious role of an unbalanced CIA officer who believes a rescued American POW is now working for al Qaeda, against her Latisse commercials. “I’m going to trap those terrorists with my very long lashes,” she deadpanned.

The CW’s Jaime King doesn’t have to research much for her new series Hart of Dixie, where a NYC doctor takes up residency south of the Dixon-Mason line. Jamie is from Omaha, Neb.; Hart of Dixie’s pilot was shot in Southeastern North Carolina. “I missed the nature and the kindness of people, the ‘hellos’ and ‘how are yous’,’ a general kind of graciousness,” Jaime shared about her hometown. Luckily working on the show “feels like I’m back home again,” she continued. “You’re with these people who embrace a small town sensibility.” I’m embracing that the show premieres on The CW on my b-day, Sept. 26!

Fashion Note: New Girl‘s Zoey Deschanel (premiering Sept. 20 on Fox), did something no other female star did while on their panels: she rocked flats. Smart, sassy and stylish!

Fox is betting that their new big budget sci-fi series Terra Nova is going to take our breath away. So much that they set up an oxygen bar inside a tricked out RV parked in the Beverly Hilton Hotel’s Bar 210 Lot. Special thanks to mixed martial arts fighter Keith Kirkwood for hooking me up, literally, to the machines.

And so my TCA Summer Press Tour 2011 experience comes to a close. Check out tomorrow’s rundown from Entertainment Gal, who took on ABC’s fall lineup. Take it away, girl!

HOW TO DRESS LIKEΓÇª Salt-n-Pepa! 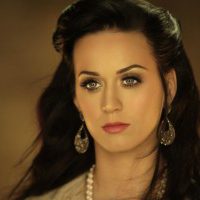 What Kind Of Wedding Will The Bachelorette’s Rachel and Bryan Have? (The DivaGals Know!)